Google Ghosts – How They Appear On Google Maps

Have you ever looked at a 360 Google Maps photo and thought ‘something looks odd or spooky in the shot? ‘They go by different names such as ‘Google Ghosts‘, ‘Anomalies on street view‘ and even the more fun ‘weird things on Google Maps‘. Today we are going to explore these Google Ghost anomalies, look at some popular ones and analyse why they happened.

Google Ghosts – How They Appear On Google Maps 👻 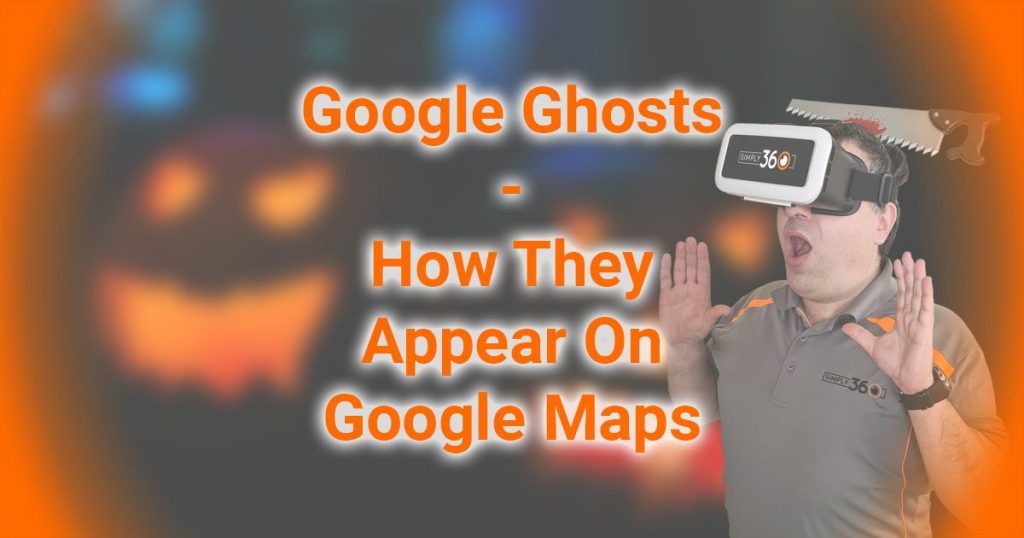 Before we begin, I do not mean people who are trying to pull funny faces, take interesting poses or even capture superheroes like Spiderman in Google Maps. I am talking about the more strange ghost-like apparition or strange optical things that leave people scratching their head and asked: “how did that happen”. In short, there are three simple way these specific Google Maps anomalies happen.

As the name suggests, people move in the shot to create a ‘Google Ghost’. This only happens with smartphones or DSLR cameras; these types of devices require the camera operator to take a sequence of shots to create a full 360 panorama. If a person/animal moves in one shot and is not in the next, strange part floating/amputated people appear in the image. After the photo is taken the software merges the separate images together as best as possible. As a result, you can have people with missing limbs that look like they are floating on air.

Check out this headless flying bird in Romania. As you can see, it was captured perfectly in one shot but not in the next. This created the headless bird you see today.

No, we are not making a sweater; we are talking about the process of combining multiple images to create a 360 panorama. Panorama stitching, as defined by Wikipedia:

Image stitching or photo stitching is the process of combining multiple photographic images with overlapping fields of view to produce a segmented panorama or high-resolution image. – Wikipedia

Stitching issues occur for a variety of reasons. These include objects that are too close to the camera, large discrepancies with objects and their positioning, not enough imagery was taken to properly stitch the shot and human error. The below 360 image was taken with a smartphone to showcase all the various issues that can occur with a single-lens camera. As you can see, street lights look like they are from the twilight zone and cars look like they have been cut in half. Other strange Google Ghost like phenomena is in the shot as well but there are too many to mention.

Ever wondered why peoples faces and licence plates are blurred in Google Maps/Street View? This is no accident its Google protecting people privacy using an automated system. It works well for the most part and is known to make some interesting mistakes. According to Google:

The below Google Street View is a perfect example of Google creating a ghost building. Literally blurring out an entire building because it detected it as a face or licence plate.

Google Ghosts: Not So Spooky 👻

A lot of weird things appear on Google Maps. Google Ghosts are simply errors or specific things happening when the photos are being taken. The discussion if Google Ghosts are real has been debunked. The only advice we give to people regarding Google Maps/Street View Photography is to make sure their photographer is Google Street view Certified (like us), so you do not have a ghost in your photos. 👻