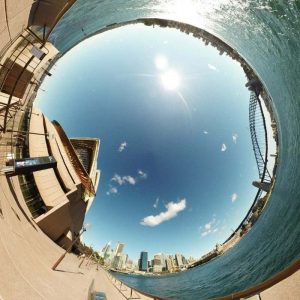 See Sydney In A New Way With 360 Photography

At Simply 360 we use the latest in 360 technology. We shoot in the extremely high resolution of 8K which is literally four times the quality of what you see on a 4K high-end screen. This is because the image is literally stretched around you and the needs to be in the highest resolution possible to still stay clear and sharp.

A little fun fact: before any of our work goes out to the public/clients we check our work on a 4K 65-inch screen with 360 capabilities. This way if any flaws come up, they are easily noticed, and our work can be seen on the biggest screens and flawless.

Another Interesting Fact: You do not need a VR headset to view any of our 360 Photography / Photos. While they do add to the immersive experience, modern day devices such as a smartphone or everyday desktop computers are more than capable of experiencing them.

Our 360 photos can be viewed on the following:

Our work can also be embedded right into your site for complete control and be totally shareable. (Take the 360 photo / Virtual Tour below as an example).

360 Photos Make You Feel Like You Are Literally There!

This is an example 360 photo taken at an event. It is very easily integrated into any website to be seen on your site or even your pre-existing social media channels. Notice the high resolution detail. No matter if you are viewing this on a smartphone or a large 4k TV our work auto scales depending on your device and screen size making everything seamless. Feel free to double tap / double click the 360 photo below and make it full screen. If you have a VR headset handy, put it on to feel like you are literally in the 360 photo. These 360 photos can be joined together to make a 360 virtual tour.

Social media engagement of 360 photos achieve longer engagement times, higher share-ability and increased exposure. This can vary from anywhere from 2 – 5 fold. This is because the content we produce is deeply engaging and deplorable.

Contact us today by filling out the form on this page. Let’s help turn your 360 ideas into reality and make it an experience for all.

Simply 360 are Sydney based 360 Photography experts that travel anywhere in Australia and New Zealand.