360 Photos & Panoramas – What Are They Used For

When most people think of 360 photos, they often think they are only used in virtual tours. Most people know of panoramas as ‘long photos’ that make cool artworks or landscapes. The truth is they are used for so much more and have a diverse set of applications. Let’s delve into what they are used for and how they can help your business in ways you have not realised.

360 Photos & Panoramas – What Are They Used For 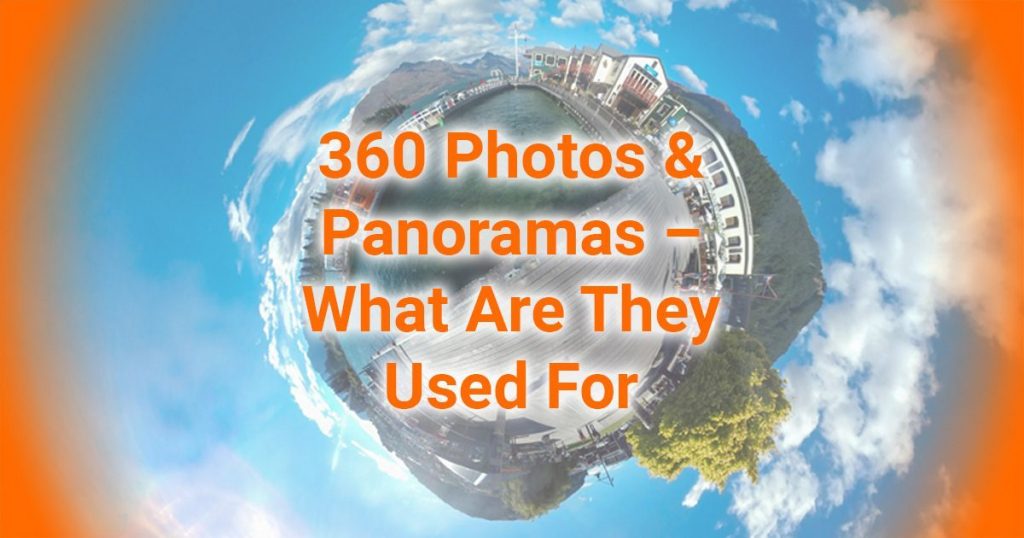 What Are 360 Photos & Panoramas

Before we can delve into what 360 photos and panoramas are used for we need to understand what they are first. Simply 360s founder Dimitri Cassimatis defines a 360 photo as:

A 360-degree photo is a panoramic image which is controllable and surrounds the initial position from where the photo was taken.

The main difference between them is that a 360° photo is a panorama, but a panorama is not always a 360° photo. This can sound confusing but let’s explain it another way to make more sense with the following phrase:

Roses are flowers but not all flowers are roses.

You can have a range of panoramas from 180° panoramas, 270° and so on. Panoramas give a lot of flexibility and options as the full 360° is not always used for specific reasons depending on the project.

The most common application for 360 photos and panoramas these days are for virtual tours. Many examples of virtual tours can be viewed in our Portfolio Section. Interestingly enough 180 panoramas can be used in virtual tours as well. Recently we had a client who wanted to shoot a 180 panorama section of their space. One section looked amazing, but the other side of the camera was not ideal. We worked with the client, and with some clever positioning, we were able to keep it as a 360 photo which the client preferred.

Some companies have custom projects which require to show people where they are and how to get there. We have created 360 photos and panoramas for businesses to integrate on either their website or their apps. Some of these are for promotional, internal use (reference material) and so on which means the possibilities are quite extensive.

The below set of 360 images which were used during a construction virtual launch project.

Art galleries can feature 360 photos (and video) projected into a specialised dome screen or offer VR experiences. This can be done in a variety of ways and are integrated with other sensory integration such as 360 sound, smells and tactile options.

360 Photos & Panoramas – Used For Many Things

As you can now see 360 photos and panoramas are used for many creative and business-related projects.  The next time someone says that 360 photos are only used for virtual tours, you can politely correct them and let them know they do so much more. If you require a 360 photo or panorama for your next project, you can call, email or fill out the form on this page.

Are you looking to integrate a 360 photo or panorama into your next project? What other options do you think I left off the list? Leave a comment below and let us know your thoughts in the comment section 🙂